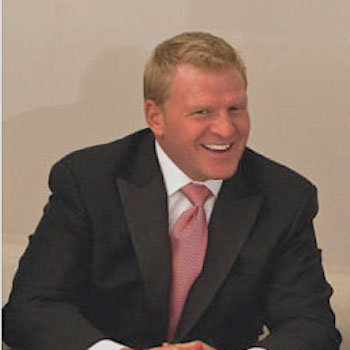 “We were looking at what we could do in terms of a business where we could build and grow it over the longer term with a multi-generational focus,” said Hiscox, who serves as the company’s CEO.

He previously held senior financial advisory and corporate development positions, and started his own companies in the international real estate, energy, media and technology fields.

The Toronto-based private real estate fund, which was founded in 2013, has grown steadily and owns assets in the commercial, residential, condominium, apartment, resort and medical sectors. Aside from its resort holdings, all of Constantine Enterprises’ assets are in the broader GTA.

“We look at holding a large portfolio of assets over the longer term,” Hiscox told RENX. “We acquire, build and hold, and we like to partner, but we’re quite capable of doing things on our own as well.”

Medical and properties under construction

The company has three Toronto properties under construction.

It has invested in Mizrahi Developments’ The One, an 85-storey, 416-suite condo with ground-level retail that will be Canada’s tallest building at 1 Bloor St. W. The project broke ground last year.

All 21 units are sold at the nine-storey One Twenty Eight Hazelton Avenue Private Residence in Yorkville, in which Constantine Enterprises has also partnered with Mizrahi. The Audax-designed luxury condo is nearing completion.

Constantine Enterprises is partnered with Gillam Group on a building at 336 Queen St. W. that will feature retail at grade with office space above. It’s scheduled for occupancy by January.

“We still like the commercial space, even in these challenging times we’re in right now,” said Hiscox. “That’s an area of growth in our portfolio, as is the condo side of the business.”

Constantine Enterprises has an investment in the Tetris at Albany luxury resort condominium in the Bahamas, which is scheduled for completion this winter. Its 22 suites range in size from 2,300 to 9,310 square feet.

Constantine Enterprises has several other properties at various stages in its GTA pipeline.

The company is working with city officials to advance the redevelopment of a three-storey boutique brick-and-beam office and retail building constructed in the early 1900s at 578-580 King St. W.

It’s also dealing with municipal officials to finalize plans for the redevelopment of a five-storey brick-and-beam office building built in 1912 at 160 John St. in downtown Toronto.

“We believe that quality wins and we focus on that exclusively,” said Hiscox. “We’ll look for B- and C-type products, but it has to be in A and AAA locations that we can redevelop.”

Sales will launch before the end of the year on a 10-storey, 282-unit condo at 8188 Yonge St. in Thornhill’s Uplands neighbourhood, a joint venture with Trulife Developments.

“The Uplands community is a great community,” said Hiscox. “One of the key things for us is that we pick the right locations that are reflective of our brand. We’re always striving to be best in breed with the best locations.”

An entity called Constantine Mizrahi is going through the process of planning a 1.5-million-square-foot, mixed-use development spread over six buildings at 180 Steeles Ave. W. in Thornhill that Hiscox said will “revolutionize and change” the Yonge and Steeles corridor, where a future subway station is proposed.

“When we get involved in condominium projects, we retain a component of the project such as the retail, but even some of the units,” said Hiscox.

Constantine Enterprises and Devron will submit a planning application for the 1140 Yonge condo at the corner of Marlborough Avenue in the Rosedale and Summerhill area of Toronto this month.

The building was originally a showroom for Pierce-Arrow luxury automobiles in the 1930s and was most recently a Staples store.

“The site has lost a lot of its lustre over the last 100 years,” said Hiscox. “It was an abandoned warehouse for some time and then the CBC picked it up and used it for Front Page Challenge and the Ronnie Hawkins show and a few other things.

“A lot of damage occurred to the façade of the building, so we’re looking to retain the heritage components of the site and create a modern but traditional building.”

The 1140 Yonge property could also become the first condo in the city to achieve Passive House standards; the builders are considering whether to pursue that certification. Such structures consume up to 90 per cent less heating and cooling energy than conventional buildings.

There are plans for a restaurant on the ground level of 1140 Yonge.

While the company isn’t in a rush to plow through projects, it’s well-financed for future growth and has established solid relationships with financial institutions.

“We haven’t been in business for 50 years, but we’ve been incredibly acquisitive and incredibly aggressive over the time horizon that we’ve been around,” said Hiscox. “We want to make sure we make the right buys and have the right partners and we get the right opportunities so that we’ll be successful.”

Property management and other businesses

“The other businesses that we have are various iterations of the real estate business that support one of the sectors and specific assets that we have, wherever those assets are,” said Hiscox.

“We’re not in any other business other than real estate.” 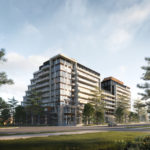 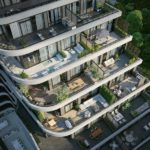 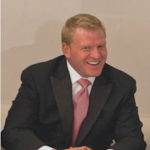